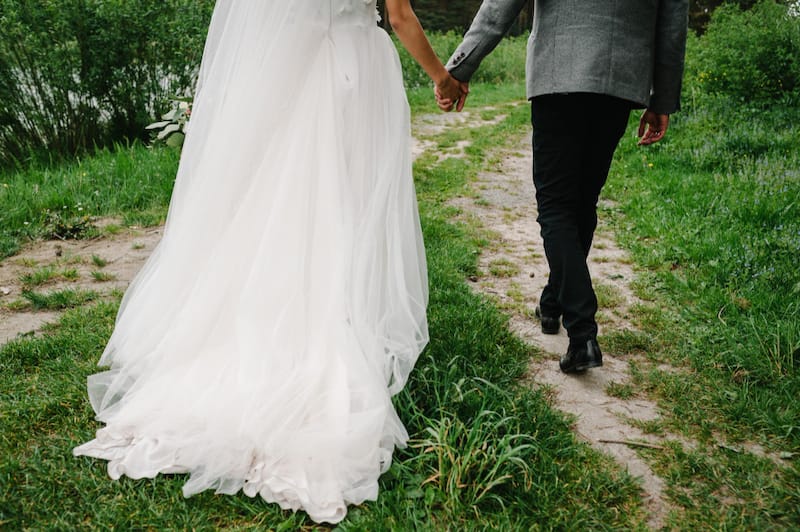 Yes, you can get married in a different state, irrespective of which state you’re currently living in, and it won’t affect the legality of your marriage in any way. You must follow the rules and regulations and all the legal requirements, and your wedding will is valid in all states. A marriage license is essential, which the couple needs to get before they get married. It would help if you looked into the rules and legalities way before you get married and marked the important dates in your calendar. While some states don’t have a waiting period, others do.

When deciding to get married, the most significant decision differs for each couple. Each couple has their priorities sorted but for the most venue is the ultimate decision.

Couples want to choose a wedding destination that speaks of them as a couple. While many chose a beach wedding, others may even get married in a small chapel near their home.

But others might want to get married in a different state than their current residence.

Can I get married in a different state? What are the legalities one should follow? Let’s take a look.

Is it legal to get married in another state?

A wedding ceremony requires many preparations, which take an enormous amount of time and are taxing both for the bride and the groom.

There are various decisions to be made, such as the flower arrangements, band, cake, food, drinks, and many others, depending on how detailed a couple wants their marriage to be.

When deciding on the venue, it also depends on how and where a couple wants to make their marriage ceremony memories.

Even when a couple decides to get married legally in a state other than their current residence, they will still be legally married in other states.

The only requirement is that the groom and the bride follow the legal requirements presented by each state.

Why do people get married in different states?

It depends on the couple, and there could be different reasons.

One reason could be that this is a state where one of the partners grew up, or it could also be the state where the couple first met or fell in love making it a special memory for them.

Sometimes, it’s all about the destination as the couple might be attracted by a special town or city or just for the thrill of getting a destination wedding.

A couple must follow through with all the legal requirements, from getting a marriage license, noticing the waiting period, choosing an officiant, legal age requirements of each state.

What is the best state to get legally married in?

Getting married requires you to follow the legal requirements of the state you’re getting married in, but the rules differ from state to state.

Some laws are less complicated than others, which is a plus point for most couples as they might want to skip the hassle and get married without complications.

Here’s a list of seven states where the legal requirements to hold a marriage ceremony are easier:

Idaho comes at the top of the list as the marriage license has no waiting period. After one gets their permit, they don’t have to wait and can get married early.

Even the marriage license obtained in this state doesn’t have an expiration date.

Some states require a couple to get married within 90 days of receiving the permit; there’s no such case in this state.

It’s a great state to get married in for couples who decide to elope, as there’s no need for witnesses.

Obtaining a marriage license in a different state

A marriage license is a must before you get married, and the way to obtain it differs from state to state.

Remember that in most states, you only have 90 days to get married before the license expires, so keep this marked on your calendar to apply on time.

There is waiting time before the validity of the license kicks in, so remember to check that before and fill out the application in due time.

When visiting the county clerk, make sure you have your:

The rules may differ from state to state, but these are the common things required when visiting the clerk.

There’s a residency requirement in some states where at least one spouse must be a state resident for the union to be recorded.

On the other hand, some states even perform mandatory premarital blood tests.

You’ll also be required to have the wedding officiant with you as they are the ones who sign the license in most states.

After the ceremony, the officiant will return the license to the county clerk, and you’ll receive a mailed certified copy or receive it in person.

The fees for obtaining a marriage license vary from state to state. In California, you can get one for $45-100.

But if choosing Florida, the original cost is $93.50, but couples who complete a premarital preparation course can get a discount of up to $32.50.

What’s the legal age to get married in different states?

While it may surprise most people reading this, others may be well aware that Minnesota, Pennsylvania, New Jersey, and Delaware are the only states where 18 is the legal age to get married.

Legal ages for other states vary, with legal age of 17 in 10 states and 16 for 21 others. States like Maryland, Hawaii, and Kansas allow them to be married at 15, and North Carolina and Alaska allow them at 14.

The organization Unchained At Last found nearly 300,000 children under 18 were legally married between 2000 and 2018.

Whatever state you’re officially getting married in, make sure you follow that state’s rules and regulations, and your marriage will be legal in all the other states.

There are states where common law marriages still prevail, and this kind of marriage doesn’t follow state requirements because they date back to when the state laws still needed to be established or written down.

There’s no need for a license, and states like Colorado, Lowa, Kansas, Montana, New Hampshire, South Carolina, Texas, and Utah are states where it’s practiced.

What is the difference between a marriage license and a marriage certificate?

A marriage license is a legal document needed first to get married. Without it, marriage won’t be considered legal.

Once the marriage ceremony is over, the officiant signs the license and returns it to the county clerk, who then sends a marriage certificate proving the couple is officially married.

Can you get divorced anywhere if you get married in another state?

You can file for a divorce from any state, irrespective of the state you married in or currently live in.

You need to meet the residency requirement to file for a divorce.

Each state has different marriage laws regarding the length of time that a spouse must have lived in a state before they can get a divorce.

Some states don’t require this residency requirement, so look at the laws of your state.

What states can you get married on the same day?

There are lots of states where you can get married on the same day:

There’s nothing more important to a couple than their wedding destination.

Of course, getting married in a different state can be a choice, but it’s a choice that won’t impact the legality of the marriage.

You can get married in any state you want if you follow all the rules and regulations and legal requirements of getting married there.

Take a look at the requirements and ensure you follow the steps regarding your wedding date.