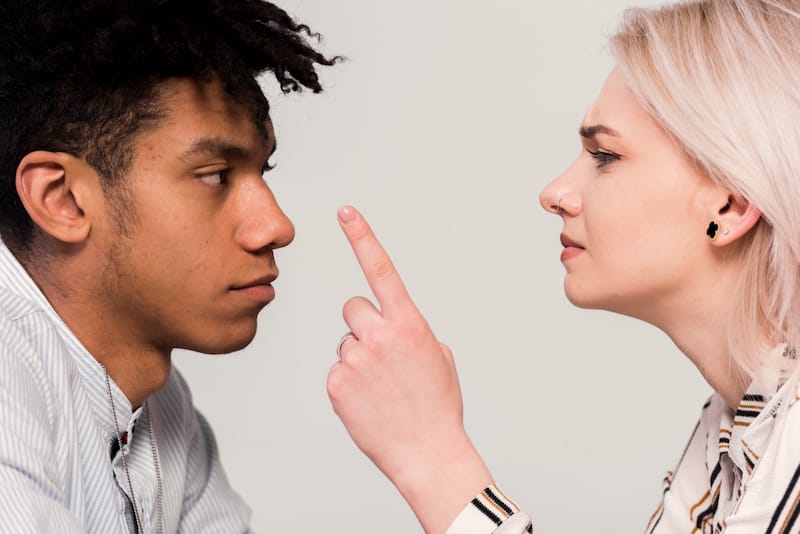 Think about how important having the same political view and supporting the same party is of essential importance to you. If that’s your priority, finding a partner with similar views is best. But some people find politics to be just another interest, not a deal breaker for a relationship. If you believe in the same social issues, but your fiscal alignment lies with a different party, then you can find a way to maintain your relationship. Being respectful and understanding and the way you converse about politics can help. Besides politics, there’re other things in a person to look for, and as long as they meet all the other criteria, you can think of a way to maintain a relationship or marriage.

When two people come together in a relationship, they bring their interests, ideas, and personality into it. This is what makes them unique, and while this attracts us, sometimes it’s something we can’t tolerate.

Amongst all kinds of different opinions, our partner has political views that also hold importance for some people. And it’s amongst these political stands that the relationship either breaks or makes.

So how do you handle a relationship if your partner has completely opposite political views than you? Can a conservative maintain a successful relationship with a liberal?

Importance of political view in a relationship

Let’s say you have been dating your partner for a while now, and while you have good compatibility on different fronts while having great chemistry, you suddenly find out your partner is a conservative.

Having different political views isn’t a crime. But it does matter to which point a person stands beside a particular political party.

To what extent do they adopt policies and thinking in their own life?

Another critical factor is to think about your own priorities. Is having a different political view of great significance to you? Is it a deal breaker if your partner supports another political party?

Are you ready to accept them and work on an arrangement where you don’t let politics affect your relationship?

Political views are a deal breaker in a relationship

Not only do they religiously believe in a political party’s views on social and financial issues, but they also live a lifestyle adopting those same ideas.

For them, it’s difficult to stand a person who doesn’t have the same political views and can even serve as a turn-off for them.

People whose main interest lies in politics and something they often talk about and wholeheartedly believe in can find it impossible to maintain a relationship with a person supporting a different party.

So, the answer is pretty clear in such situations.

If the woman in a relationship doesn’t believe in abortion, irrespective of the reason the baby was conceived, but her partner believes it’s the right thing to do if a woman wishes for it, then you can’t expect those two people to try to maintain a relationship.

Think about how vital political views are for you and if you want to create a home with such a person, including raising your children with such values.

Another way to deal with having different political views is to see to which extent your partner believes in various issues.

If your girlfriend believes in a party’s fiscal issues but disagrees with that party’s social issues just like you do, then there’s room for understanding.

As long as both you and your partner are socially progressive but on other fronts, you believe in supporting a different party, peace can be maintained.

Of course, a conservative who believes in keeping an unregistered gun at home for their safety and who doesn’t believe in gun regulation policy won’t understand their liberal partner who disagrees with unregulated access to guns.

Social issues such as Black Lives Matter, women’s rights, gay rights, and so on are social issues that both partners need to align on as they can become a huge issue in the relationship moving forward.

How to maintain a relationship with different political views?

In today’s political era, it’s vital to form some kind of understanding, especially regarding social issues.

A person is vocal offline and online, and it can be embarrassing if your partner is truly supportive of the other party in front of your social circle.

Sometimes you might end up having a heated discussion, but you need to determine how much support you want to give to a particular party.

With different views on politics, one thing you should agree to disagree with is to try to change your partner’s mind about their beliefs.

If you enter a relationship thinking you could gradually change your partner’s political stance, this means you don’t respect them, and it obviously will lead to multiple fights.

If you’re trying to make things work, there are plenty of other interests and hobbies you could discuss with your significant other.

Other than politics, there are other ways you could be attracted to or fall in love with your partner.

There’s a lot a person has to offer and in the case of a relationship, try looking at your priorities and things you absolutely want from your partner.

When you see they fulfill all the criteria and check all the boxes, stuff like political views can be understood and managed.

Things like having respect for each other, understanding, standing beside your partner through ups and downs, having intellectual conversations, wanting to live the same lifestyle, and trusting are some of the pillars relationships are based on.

What do you call someone who is neither liberal nor conservative?

How to deal with a conservative boyfriend?

Try not to discuss hot topics, and think about how you word your sentences. There could be other things besides your boyfriend’s political stance that you find great about them, so try to focus on those instead.

However, if you find them to have totally different values and social stances than you, then it’s worth reconsidering your relationship status.