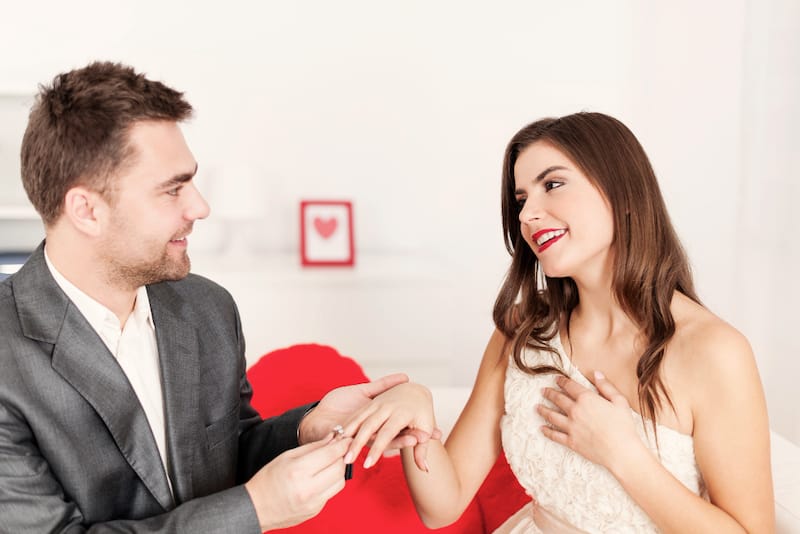 Getting married as an atheist isn’t as difficult in today’s time as it used to be before. A couple can simply go to court and get married by a government official who isn’t affiliated with any religion. While this is the simplest way, they can also hold ceremonies in any place they wish to do so by getting married with their own vows. The ceremony can be personalized to the people getting married, and it’s still considered a legal marriage.

If you’re curious about how atheists get married or someone who’s an atheist and looking for different ways to get married without involving religious elements, then there’re various ways to do so!

While there are different people with different religious backgrounds, getting married in the church, mosque, or temple isn’t the only way to get married.

You can still get legally married even if you identify as an atheist.

How to legally get married as an atheist?

You don’t need a religious institution to get married and can choose to do so by going to court and registering your marriage by signing the required paperwork.

This is the simplest and easiest way to get and quite a popular one for atheist marriages, especially for atheists who don’t want to be associated with any religion.

Court marriage requires both people to be in consent and be of legal age, and as long as you meet both these requirements and have the necessary documents with you, there shouldn’t be a problem.

What if I don’t want to involve the government in my marriage?

While getting married in court is a simple way to ensure you’re married legally, some people find this practice problematic.

Letting government know of their business feels a little too private to some, and for this purpose, they might want to find a different way without following through with a religious ceremony.

📌 Common-law marriage can work in favor of such a couple. For those wondering about it, it’s a marriage without a civil or ecclesiastical ceremony, generally resulting from the couple agreeing to live together as partners.

None of the states in the US have set a minimum amount of time that you and your partner must live together before your relationship qualifies, and it depends and differs from state to state.

So, if you’re thinking about just living together, you might want to see the laws of your state.

How to plan a non-religious ceremony?

You can plan a speech or vows that include something personal to you that has significance or captures your personality.

Since things aren’t as severe as in a religious ceremony, you can make the vows witty or include personal touches to them.

Basically, it holds no bounds as long as it’s not something illegal and something which doesn’t make your guests leave the ceremony.

For these ceremonies, the couple can take a marriage license before, and then when they wish to conduct a ceremony can perform one with their family and friends.

The person who needs to officiate the wedding can be anyone, as now anyone can become one online and you can avoid including a religious officiate in your wedding.

Can a catholic marry an atheist?

It’s a very personal decision for two people to get married; one is catholic, and the other is atheist.

In such situations, what is needed are commitment, love, and understanding to make things work between two people.

While there’s no compulsion and it’s not illegal, faith can become a big deal if the catholic person is super religious. In such cases, sitting down and talking to your partner and their families is vital if they’re a big part of their life.

You can always register your marriage and do a ceremony similar to one performed in church but without any religious mentions for an atheist person to feel comfortable.

If the two people in the relationship don’t have conflicts or any issues, then it shouldn’t be a problem to get married.

Can you get married if you’re not religious?

Yes, you can get married even if you’re not religious.

For example, you can file for a marriage with the court performed by a person who is unaffiliated with religious organizations.

If you’re an atheist, it’s the best option out of all available options. It’s straightforward and effective and doesn’t hurt a person’s beliefs, regardless of their religious beliefs.

It’s also an excellent option for those who don’t want to spend money on their wedding and still want to be married.

What’s the purpose of a non-religious marriage?

The purpose of a non-religious marriage is rooted in personal beliefs.

If someone isn’t religious and doesn’t want to get married in a church, mosque, or temple, they choose to get married without involving any spiritual entity in their ceremony.

There are various ways to hold a non-religious ceremony or get married that doesn’t involve any religion. These marriages are as valid as those in church, temple, or mosque.

How long is a non-religious wedding ceremony?

They can be as short or as long as the couple wishes.

They can include any personal touch to their ceremony, from making vows unique by sharing an anecdote to doing something which means a lot to them as a couple.

Who performs a non-religious wedding ceremony?

If you’re getting married in court, then a government official who isn’t affiliated with any religion will perform the wedding.

In today’s world, anyone can become an officiant and get people married.

When it comes to personal beliefs, it can be hard to do something which isn’t typically done in society. As times are changing and so is society, there’re ways to get married even if you don’t believe in any religion.

There’re various ways two people can show their commitment to each other, and one of them is pretty straightforward going to the court and registering the marriage.

It’s a way that leads to many successful marriages for someone who doesn’t want to spend a lot of time and energy on getting married.

Atheists can perform ceremonies to make it more of a celebration if they wish, which doesn’t have to be in God’s name. They can modify their vows and ceremonies by adding personal touches to them.