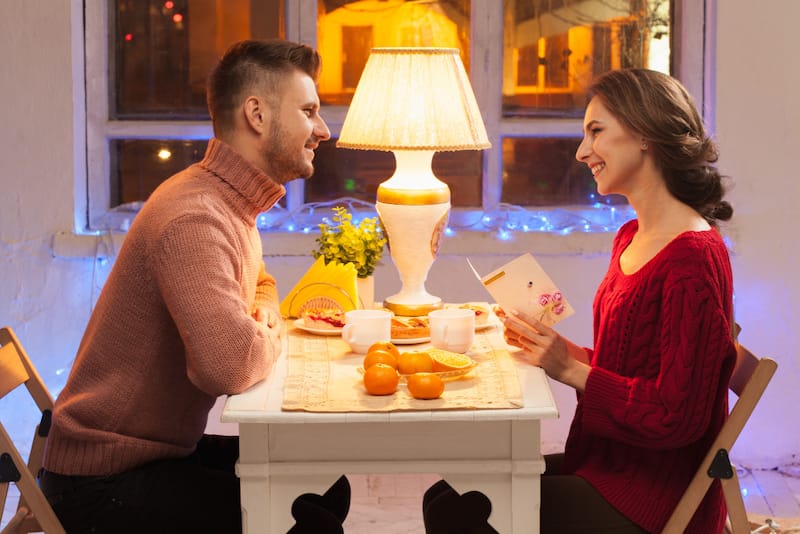 The decision to marry can be spontaneous for some while contemplative for others.

But before jumping into married life, both partners must have dated, so they’re only jumping into something as serious as a marriage with prior experience.

It’s considered healthy when your partner knows a relationship’s ups and downs, an experience gained from being in one or several relationships.

But how many relationships are you supposed to be in before deciding to get married? Is there a limit to being in relationships? Let’s discuss this.

Why is being in a relationship important before marriage?

An average person tends to date the partner they’re getting married to for at least two years or maybe 5 before getting on that bandwagon.

But before you find “the one,” you must go through a series of dates and even get into relationships to understand the basics of it.

Not only does it make you better at understanding your future partner, but it also makes you understand the kind of person you’re looking for to settle down with them ultimately.

Someone who doesn’t have any prior experience and decides to get married might be going into this life with many fairy tale expectations.

They wouldn’t know how to communicate with their partner or learn how to recognize their love language.

You learn how different people function in different scenarios through dating and being in relationships.

Additionally, you become more understanding and patient, which does become helpful for your future married life.

It’s not all roses and sunshine, and there might be a lot of terrible dating experiences coupled with heartbreaks, but then you tend to learn from them, move on, and recognize what you’re ultimately looking for in a partner.

How many relationships should you have before getting married?

If you pay attention to your grandparent’s or your parent’s married life and see at what age they did get married, it would be in their early or mid-20s.

For most of the current generation, it’s funny to even think of getting married before 30.

While there are many, the two most important reasons include the current economy and wanting to know your partner deeply.

Young adults today don’t want to get married until they have secured themselves financially, and that does take time to reach until their early 30s.

Even if not for financial reasons, this generation doesn’t want to date for a couple of months and then get married. So getting to know their partner is a priority, which takes a couple of years at least.

Adding other factors to the dating life, including the current dating apps, failed dates, people not ready for commitment, ghosting, and friends-with-benefits situations, it’s hard to find someone ready for a serious relationship.

According to The Rosie Project, which was used as a reference and a study conducted around the 2010s, an average woman experiences two serious relationships before finding the one partner she wishes to settle down with.

A woman also goes through several dates and might go through a one-night stand, a live-in relationship, several sexual partners, and two major heartbreaks.

At the same time, an average guy has 10 sexual partners and several one-night stands. But that also changes depending on the age at which a person has decided to marry.

Are young people not into committed relationships anymore?

As far as young people are talked about, they’re changing the scenario of dating altogether.

While 71% of singles say they’re more interested in long-term relationships now than in the pandemic, about 22% aren’t sure about monogamy.

Gen Z is suffering from dating-related social anxiety, which is attributed to the pandemic, and they typically mention awkwardness as a description of dating on their dating profiles.

This has changed the mindset about marriage as now only 6.1 in every 1000 people are getting married compared to 8.2 in the year 2000.

With people loving live-in relationships more than the idea of marriage, many people also prefer living together without getting married.

Couples who live together before marriage have a better chance of having successful marriage than those who don’t.

About half of U.S. adults say a couple with a live-in relationship has more successful marriages.

Is it wrong to be in a lot of relationships before marriage?

If you meet someone and they say they have been in over 20 relationships, that seems to ring an alarm in your mind, and that person immediately becomes a red flag.

We live in a society where the number of previous relationships does matter.

There’s a specific limit to how many people a person should be in relationships with before getting married, and it’s important to differentiate between serious and casual relationships.

Dating several people is beneficial in a lot of ways. It helps you understand the kind of person you’re looking for and are ready to settle down with, plus it gives you a relationship experience.

A person could have been in 5-6 casual relationships, and that’s fine, but a person can’t have had 5-6 serious relationships.

You could only ever be in 2-3 serious relationships before you decide to find someone who will be your last.

How long should you date before getting married?

There’s no set limit on how long you should date a particular person before getting married to them.

But anywhere between 2 to 5 years is the average time to wait before tying the knot. Those who get married before dating for 2 years are in puppy love and thus do not really know each other in total capacity.

Is it normal not to be in a relationship in your 20s?

It’s considered a good thing if you wait till you turn 23 years of age to finally start dating, as, by that time, the person has become mature enough.

But if someone waits till their late 20s to date anyone, then it’s not considered normal behavior according to society. At least one or two dates are expected from a person till they arrive in their late 20s.

Those who haven’t dated anyone until then are someone other people are hesitant to date, as it’s not considered normal.

At what age do guys want a serious relationship?

It depends on person to person and the area in which a person is brought up, including family values as an additional factor.

However, most men don’t consider marriage until they turn 26, which is also when women start thinking about marriage.

So being in a serious relationship depends on various factors.

How does never being in a relationship affect you?

When you have never been in a relationship, you’re perceived to be less happy, less well-adjusted, and lonelier than others.

If you want to get married one day, then it’s better to have some prior dating experience as it can give you a sense of what’s it like. But it’s alright if you don’t want to get into a relationship if you’re not looking to get married.

As long as you’re happy, there’s no need to get into a relationship however much society expects from you.

There’s no set limit to how many relationships a person should have before deciding to marry.

It’s better to have a history of a balanced dating life where you might have dated 3 to 4 people in your life.

It shows you have experience being with other people and know what you’re doing since no one wants to be a relationship teacher to their partner.