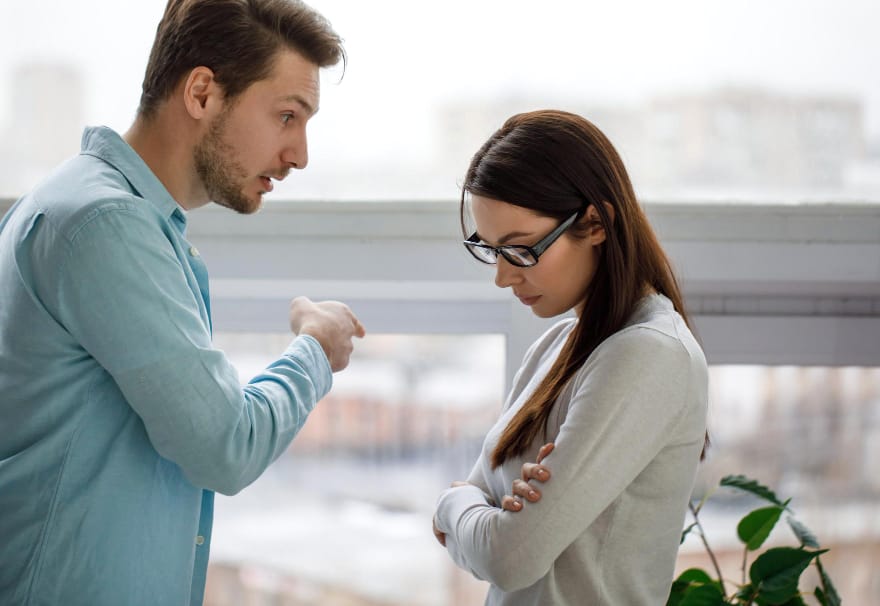 Communication can be difficult at first between the married irrespective of being a couple for a long time. Married life has its challenges, and you might not realize things that are causing your husband to misinterpret everything you say to them. Some possible issues causing this misinterpretation could include raised expectations, not understanding his point of view, your tone, lack of communication, venting vs. seeking advice, not listening actively, need for a break, and blame game. It’s essential to communicate your thoughts clearly because he isn’t a mind reader. Be calm when speaking to ensure there’s no misinterpretation.

Many couples find it impossible to navigate their way out of it when it comes to communication.

Often it becomes difficult to get one another, and even though you’re fighting about something else, it changes to who said what in the end.

A popular opinion of women worldwide is that their husbands don’t get them.

Even though you feel you’re doing your best to communicate things, why is it difficult for your husband to understand?

Not just understanding, but they misinterpret everything you say and make things even worse.

Misunderstandings happen in a relationship all the time. Married life isn’t just a bed of roses but full of ups and downs that couples need to tackle together.

If you feel your husband misinterprets everything you say, there might be issues behind it you’re ignoring, some of which are from your end.

Your husband’s not a mind reader

The most obvious issue is that you want your husband to understand the context of things and read between the lines to know what you want.

For example, it’s the weekend, and you haven’t had a date night in a long time and feel the spark is missing.

You really want to spend some quality time with your husband and what your husband thinks is just a casual outing.

When he says no because he wants to rest at home after a long week, he doesn’t understand your needs or the purpose behind this outing.

You need to be better at your communication skills.

We often think our partner is on the same page as us, but they aren’t. He has no idea what’s going on in your head, and when you don’t communicate, there’s a chance he misinterprets what you say.

Expectations from your husband

As you get married and live with your husband, your expectations increase. Having expectations from someone is a risky business because you feel hurt when they don’t do certain things your way.

You won’t have the exact expectations from a stranger you develop with your partner. Still, their chances of not knowing a particular thing are similar to a stranger not knowing it.

As you live together, you expect that your partner knows everything about you, so he must be able to fulfill those things.

Expecting them to know what you mean when you say a certain thing or know your needs is impossible.

We as humans are ever-changing and evolving, so there might be misunderstandings when you’re trying to convey something, but your husband doesn’t get it.

His point of view

You and your husband are bound to have different points of view regarding many things, and you can’t always be on the same page nor expect them to do so.

Sometimes we feel our opinion is the only right one and fail to understand our husband’s point of view.

In certain situations, no one is right or wrong, but it’s just a matter of different opinions which create misunderstandings.

We think our view is correct and feel our partner has misinterpreted what we said, but they merely have their own opinion about things.

Whenever you’re talking and discussing something with your husband, try to pay attention to your tone and how you put things forward.

Sometimes all it takes to make things worse is getting angry or shouting at your partner.

Even if you want to convey something but say it in a harsher tone, it might seem like you’re nagging to your husband. This way, things that you genuinely want to communicate with kindness might be misinterpreted by your husband.

A new way of misinterpreting arises from communicating with your husband over texts. With texting becoming popular in the last decade, it seems like there’s a gap in what you want to convey.

You can never replace the tone and show your real emotions when saying something over a text, even with emojis.

It’s common to misinterpret each other, and it happens continuously. If you feel this is the issue, it’s best to talk over a call or face to face when you want to discuss something important.

There’s a clear difference between the need to vent to your partner or discuss issues and seek advice.

When you’re frustrated with something and just want to vent your emotions to your husband, he might think you need advice and start telling you things you should do to overcome the issues you face.

You’ll end up irritated because you actually don’t need advice.

You might even know things you need to do but just wanted your partner to listen to your frustrations. Your husband misinterprets the situation because he doesn’t know what you need from him.

The basic issue which causes misinterpretations is not actively listening to your spouse.

People love to talk, and whenever there’s a slight issue, we rush to defend ourselves. This makes us talk a lot but never listen to what our spouse says.

When you’re not listening, you’re creating misunderstandings, communication gaps, and misinterpreting everything your partner says. It takes a lot of effort to actually listen to what our partner has to say and not just listen but try to grasp it too.

Effective communication also involves active listening that can help your husband understand you and vice versa.

Fighting with your significant other is part of marriage. Where there is love, there’s conflict too.

Healthy fighting is good too, but you might end up hurting each other when it becomes a heated argument.

When you say, “you never help me in household chores,” your husband won’t understand that you want him to be equally involved in chores. You’re working too and expect the household chores to be divided equally.

In a fight, he’ll understand you’re nagging despite him helping around.

All things you say to your husband in a fight are more likely to be misinterpreted.

In a heated argument, you fail to understand the emotion behind the words or where it’s coming from and just take the words at their face value as it is.

When you’re in a fight or think the situation isn’t right to explain yourself and clear the misinterpretations of your husband, it’s best to take a break.

This pattern should be talked about before in a marriage. If you suddenly bring this up when you’re fighting, this in itself can be misinterpreted by your husband.

Like in the TV show Friends, the controversial topic of Rachel and Ross fighting where she asks for a break, and he misinterpreted it as a break-up. You might need a break to calm down, go over things, and clear your head to arrive at a constructive conclusion, but he might want to solve the issue immediately.

It’s vital to understand each other’s needs and behavioral patterns to avoid misinterpretation.

Whenever your husband is misinterpreting you, there’s this tendency of blaming them and saying things like “you did this” or “you did that.” The word “you” pulls out your husband’s defensive behavior, where he then tries to defend himself, and the situation worsens.

If you feel your husband is misinterpreting things you’re saying, use the word “I” so he knows how it’s affecting you. Let him know “I feel angry” or “I feel sad when you do this.”

There will be a shift in the narration, and your husband will try to understand you. You aren’t blaming him anymore but just letting him know how his actions affect you. Chances of misinterpretation will be lesser.

Why is my husband defensive about everything?

We all tend to show defensive behavior every now and then, be our mistake or not.

When talking to your husband, try to let him know how his actions are hurting you instead of showing him how it’s his fault in a situation.

When you let your partner know how your feelings are being hurt, they’ll be more understanding. The defensive behavior comes from within when someone keeps blaming you, and you feel cornered by them.

How do you communicate with a difficult spouse?

Talking and communicating your emotions are two different things.

Communicating with a  difficult partner is especially hard when you fight with them. If your spouse is difficult, you need to cool down and deal with things calmly.

Stick to the issue, don’t let other issues be included in the conversation, and let your partner know how their actions or decisions have affected you and how you feel about them.

Don’t play the blame game, or they’ll show defensive behavior. Communicate calmly and clearly and make sure to listen attentively.

Why is my husband so easily offended?

The primary issue of making your husband feel offended so quickly lies in how you talk to them.

Sometimes we don’t even realize our tone or words when communicating. The more calmly and slowly you speak without raising your voice, the better.

Or your husband could have had past experiences which led them to behave this way, including trauma, insecurity, control issues, anxiety, and expectations from you.

In the beginning, the chances of misinterpretation are high, be it from your husband’s side or yours.

Even if you’ve been a couple long before your marriage, now you’re navigating as a married couple, and you’re trying to understand each other from a new perspective.

There will be miscommunication and misinterpretation of the smallest of things you say to each other. With time, love, and patience, you can try to understand each other and pick up some safe phrases to maintain a healthy relationship.

Saying things like “let’s take a break” or “let’s cool down and discuss it later” at the beginning of a conversation can save you from a nasty fight with your husband.

Later you can talk it over and clear misunderstandings among yourself or talk to a marriage counselor.